This is great adivce to the language teacher! I certainly agree with everything here but I am a little weary of giving stickers unless it is given sparingly. My answer to the forth point is to tell jokes in class if you are the teacher, particulary jokes that involve both L1 and L2 words. It could help students remember certian vocabulary if it is presented in a pun. But don’t overdo it though. My colleauges can attest to this!

Zarina Subhan, an experienced teacher and teacher trainer, tackles the second of our Solutions Speaking Challenges: “My students say the absolute minimum”.

I find myself in the classroom in an unfamiliar position. It’s not the fact that I’ve given up teaching that makes this a new experience for me. It is the fact that I’m a student again. I’m learning Spanish and am sitting behind the desk, no longer the decision-maker who tells the learners what to do, but the student awaiting instructions and wondering if I understood them.

I’m rediscovering how uncertain, vulnerable and anxious it can feel to be a language student. Most of the reading, writing, listening, speaking and (most importantly) thinking in the target language (TL) happens in the classroom. I know I am there to improve my language; my motivation as an adult learner is high, yet I have to admit I could speak…

It was time.  A time for a change…..of theme.  One thing that struck me was the fact that the previous WordPress theme  I used was not so kind to mobile devices,  at least when I looked at the mobile view my theme Ambiru had offered.

The downside is that my pictures are now grainy, so gotta get a new image up sometime. So stay tuned.

The moral of this story: be kind to the smartphone user, they are the future!

This article concisely describes the psychology of motivation and the basic underlying factors that increase or decrease it.

According to Ryan and Deci (2000) motivation can be broken down into three factors:

Click the link to read more. Also included are links to other related articles on motivation. 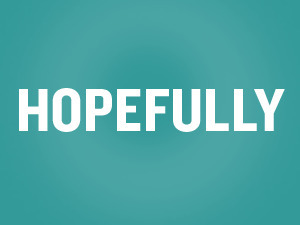 This is something I tend to overuse myself. It seems that in order for a language to evolve, some grammatical rules must be “transgressed”. With this example here, it may be an issue of formality vs informality.

“I hope” in more formal documents and “Hopefully” in less formal? This is pure guesswork on my part.

Example No. 4,335,081 of how the English language confounds as it evolves, and the evolution doesn’t necessarily make it better: hopefully. It is an adverb defined as “in a hopeful mann… 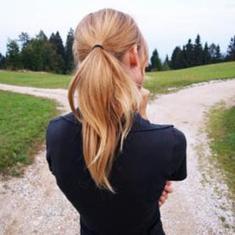 Thinking in another language changes how people weigh their options…

After reading this it seems that:

One side that was not considered is the poficiency of the speakers L2. While my Japanese is ok, I wouldn’t be confident to make life-or -death decisions based on this. Maybe that is a logical decision.

Data visualization site by IBM open for public use. Ideal for presentations, discussions, poster sessions, and other classroom activities. For language learning, click “Visualization types” and look at “Analyze a text” for word clouds and word trees etc.

Interesting post here, there is a top 100  Language Learning Blog Competition, and this is one of the nominees.

Foreign Language Education in the 21st Century has been nominated in in this year’s Lexophile/bab.la Top 100 Language Lovers 2012 competition again. Thank you, whovever is ‘responsible’ 🙂 for this. Please click on this …

Work and employment is one topic of discussion. But one way to present the topic in a CALL environment would be to have students use this handy post I discovered on  the BBC news site comparing work hours. One idea here would be to have students enter the number of days they work if they have a job, or if they don’t work they could enter the data of someone they know (parent, friend, etc.) or maybe their “ideal” work hours.  Then they could talk about their work situation, make comparisons with other countries and/or other students situations. You can also access the related article about Who gets the most time off? for more discussion material.

I recommend giving this a try yourself!

But would this be appropriate in some cultures to talk about their occupation with others? For North Americans is fine but for other countries it might be taboo. What do you think?

Just wanted to give you notice that I will be giving a workshop at the JALT CALL 2010. (Thats the Japan Association of Language Teachers Computer Assisted Language Learning conference in case you don’t live in Japan)

The title of this workshop is devoted to one internet tool Wordle, created by Johnathan Feinberg.   I am offering this here make teachers in Japan aware of its potential. We will create some word clouds in the lab and group brainstorm ideas on applying them in the classroom.

You too can witness the action because I am presenting this via Google Docs Presentation software, which can allow users to see the presentation online!

here is the link to the presentation.

I will be giving this on Sunday, May 30th at from 9:30 am to 11 am Japan time.  I look forward to your participation.

My wife made a comment which made wheels turn in my head. Her comment was about the sounds our son would make, sounds that seemed like speech yet wasn’t. The situation we have here in our household is the one parent one language model. My initial idea was that he was just trying to mimic words but when I really listened to what he said, it seemed that his intonation patterns were close to English when he interacted with me, and more Japanese when he interacted with my wife.

Judging from my sons example, intonation may to be the first thing that children pick up when the try to make sense of the sounds they encounter from their family, friends, teachers, etc.

When thinking about formal language teaching, in our attempt to teach vocabulary, listening ability, writing, and that favorite of all, grammar, teachers tend to neglect this simple reality. Seems counter intuitive for a teacher, but seemingly true, that how the intonation is mimicked then the vocabulary, is filled in. Is it a structure, like the intonation pattern of a question, which is then gradually clarified when the child can pronounce the words? Then when that is in place, meaning?

It brings to mind one of my teachers: Dr. Marshal Childs http://www.tuj.ac.jp/newsite/main/tesol/tokyo/faculty.html when he mentioned something like this in a class for Applied Linguistics. His suggestion for students to get the “feeling of the language” was by just making sounds that seemed like English but with words that did not make any sense, like mimicking the mid twentieth century comic, Jimmy Durante. (Interesting choice) http://en.wikipedia.org/wiki/Jimmy_Durante

When I first heard of this, well it was hard to really appreciate at the time since I more attached to ideas of teaching vocabulary, multi word units, collocations, etc.

But looking at my sons example now, the Jimmy Durante idea is brilliant, which is why nursery rhymes are so important for children. Of course it doesn’t make sense to an adult, but that is not the point, it is how the language is organized via the intonation. With English it is rising and falling, reduced vowels and stressed vowels. Stresses emphasized regardless of the length of the sentence depending on the information contained.

With Japanese, you have a syllable timed language where all the vowels are stressed, following a consistent rhythm. Also the some vowels are lengthened to vary the meaning of words.

This example appeared in a TV show on NHK (Japanese Public Broadcasting Network) called “Lets play in Japanese” if these songs employed to learn a first language, then it follows that it could be the same for acquiring a second.

Teaching, learning, and research! Oh my!